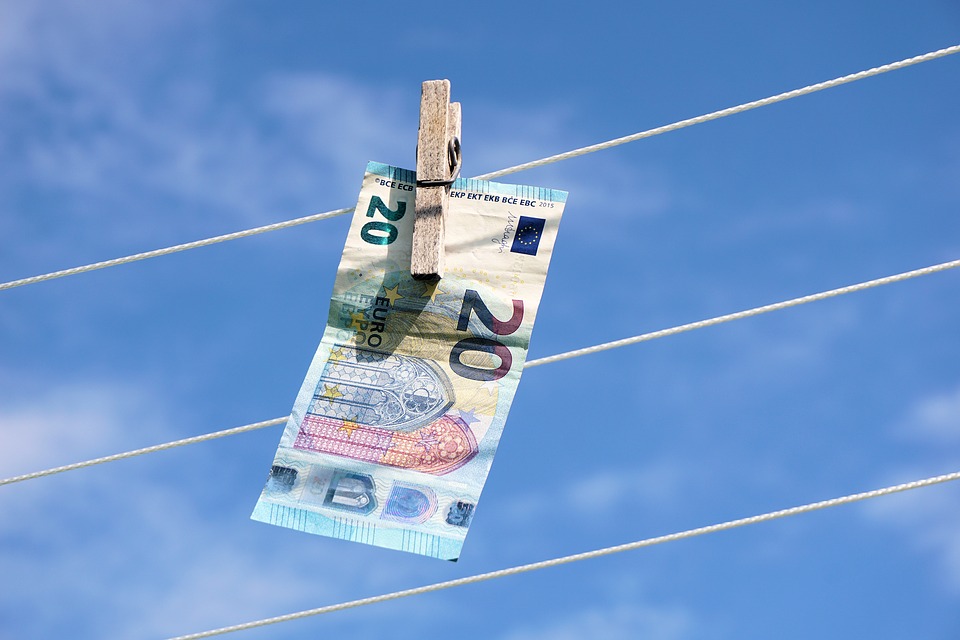 Creating the illusion of legitimacy — an elegant veneer meant to hide ill-gotten wealth — is the primary purpose of money laundering. As the term suggests, it is the process of “cleaning” illegally amassed money; the money goes through transaction after transaction, in quick succession, until the criminals who seek to use said money can do so without fear of getting caught or traced.

Money laundering typically follows a three-stage process. First, the stolen or illegally acquired funds are funneled into banks via deposit, wire transfer, and other means of sending money. The next part involves a series of complex financial transactions, each contributing to the twofold objective of hiding the money’s roots. The third step is where the long process of baiting and switching comes to a head: one final, legitimate transaction that obscures the true nature of the money as ill-gotten wealth. Unsurprisingly, money laundering becomes a necessary and recurring step in the day-to-day dealings of organized crime, no matter where it is across the globe.

The impacts of money laundering on the economy and society are overwhelmingly negative, for reasons that are both obvious and somewhat surprising. Let us take a closer look at some of the specific negative economic and socio-cultural effects of this illicit activity.

Money laundering’s effects on the economy

For starters, money laundering can cause massive fluctuations in the financial sector. As a large amount of money is transferred to a bank, this can artificially inflate the demand in whichever industry or economic sector the money launderers are eyeing. Unfortunately, this means sudden (and often significant) adjustments to that territory’s economic policies. When the laundered money inevitably disappears, the artificially inflated demand will crash almost instantly — and it will take that particular sector along with it. In this situation, handling money becomes unpredictable, making it almost impossible to plan and design a new economic policy.

Contrary to what most people may think, money launderers aren’t looking to generate more profit with the money they hold. In reality, all they’re after is the protection of their proceeds. That means that they invest without particularly focusing on which investments are good and which are downright terrible; rather, they choose whichever investment would best hide the true nature of their assets. As a result, certain businesses may be built up through the continued investment of these launderers, only to be abandoned by the launderers when they’re ready to move on to different pursuits. Naturally, these industries will collapse once their burst of funding stops abruptly.

3) Penetration of the legitimate private sector

The private sector is also negatively impacted by money laundering. Criminals establish shell companies to serve as a front for hiding the transactions and illegally obtained wealth right under everyone’s noses. By mixing legitimate and illegally gathered funding in these transactions, it becomes much easier for the line between the two to blur — and increasingly harder to determine how much of the money came from dirty hands.

1) Support for the notion that crime does pay

We’ve all heard the saying that “crime does not pay.” Unfortunately, it apparently does, as far as money laundering is concerned. With each successful laundering operation, criminals are empowered to commit further acts of fraud, without any fear of getting caught, reprimanded, or even punished. In essence, drug lords, smugglers, and even terrorists can get away with expanding their operations, provided that they go through the motions of money laundering.

Believe it or not, money laundering may also support terrorism, in the sense that it is the preferred method of those who provide financial support to terrorists they are politically aligned with. Since passing on financial support to these terrorist organizations cannot be done directly (lest the criminals or terrorist sympathizers end up getting caught), private financiers will simply write a check, make the money go through the rigorous and highly complex laundering process, and eventually make any questions on the legitimacy of the funding disappear.

It goes without saying that money launderers have tremendous power over the economy. What might be surprising, though, is the fact that the influence of these criminals becomes so vile and inescapable that it can corrupt everything in their environment. Eventually, this could even end in them overturning the country’s current leadership, simply through the sheer degree of influence they currently hold.

There’s no denying that curb-stopping money laundering is far from child’s play. However, with modern-day AI solutions for financial services being developed by innovative tech companies, there is hope yet for this pursuit. California-based company Ayasdi, for example, has developed software solutions that feature the capability to detect patterns hidden across multiple data types, including unlabeled data, to help come up with predictive mechanisms to identify possible money laundering activities. Today’s artificial intelligence and machine learning technologies could very well be the key to putting a stop to money laundering and cleaning up crummy criminal funding methods at last.

Office Politics: From Enemy To Ally In Six Simple Steps

The 4 Most Important Focus Points for Startups