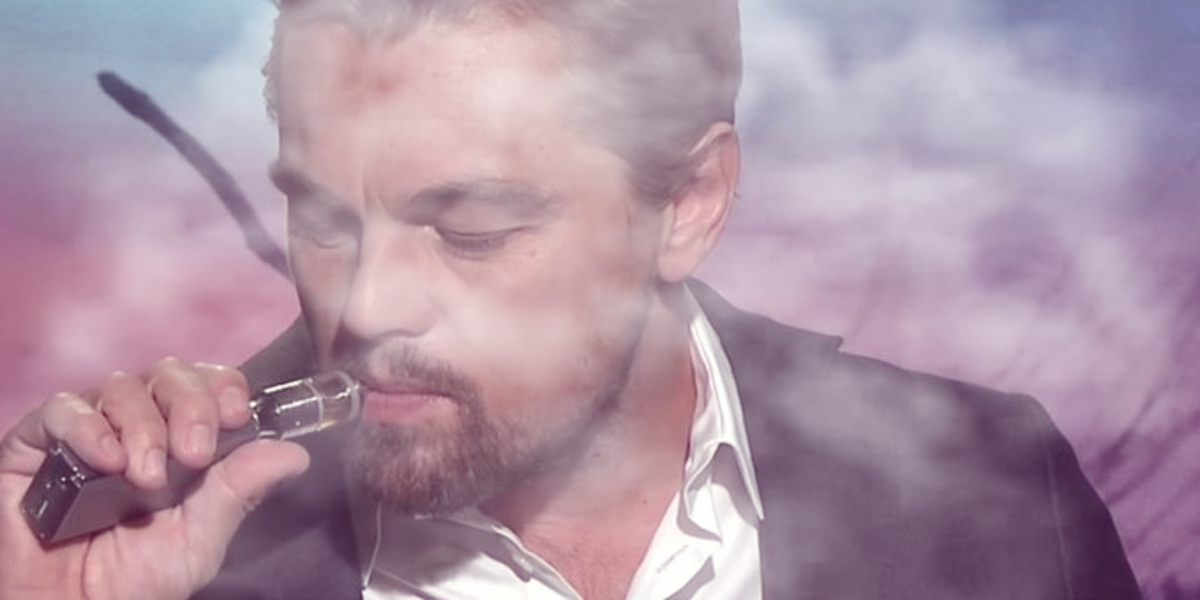 Home » What Is Vaping?

There are different forms of vaping that are available.  However, the core of it may be defined as inhaling vapour that a vaporizer or electronic cigarette produces.  The vapour comes from a dry herb, a concentrate or a nicotine-based e-liquid.

Vaping devices, which are commonly referred to as vapes, e-cigarettes, or dry herb vaporizers utilize an atomizer (battery-powered heating elements) to vaporize material into the form of a “vapour” to be inhaled.  A vaping device typically contains an atomizer, a container for the material that is being vaporized, and a battery.

When a dry herb vaporizer is used, dry herbs are heated up by the atomizer in a chamber.  The herb is usually marijuana.  When the chamber is heated, it become hot enough so that active compounds inside of the herbs are released, without needing to reach combustion temperatures.  Then the vapour is inhaled, which produces similar effects that are offered by combustion to the user.

E-liquid or vape juice is the most popular type of vaporized material.  It contains flavouring, nicotine, and Vegetable Glycerin and/or Propylene Glycol.  The VG and PG is the medium that carries the flavour and the nicotine.  The ratio between those two can be adjusted to get the most pleasant possible vaping experience.

There are thousands of different flavours that are available in addition to traditional tobacco flavours.  The variety has assisted the vaping industry with attracting smokers to vape by offering attractive flavours instead of tobacco.  There are many vapours who enjoy trying out diverse flavours and are attracted more to those flavours than smoking cigarettes.

Numerous studies have been conducted on the dangers involved with e-cigarette vapour, with many of the being paid for by the e-cig manufacturers.  However, there is a significant amount of data that show that vaping e-liquid is a lot less toxic compared to tobacco being burned.

For several decades it has been a major goal to find an alternative way of inhaling nicotine.  Several patents for various e-cig devices were filed throughout the 20th century.  But it wasn’t until 2003 when Hon Lik, a Chinese scientist, developed a patent that became the first vaping device that was commercially successful.  Lik, an inventory and pharmacist, was a smoker as well.  He developed his invention following the death of his father due to lung cancer.

It took a couple of years before vaping started to catch on around the world. However, as soon as it did the industry growth exploded.  The first vapes became introduced into the American and European marketplaces in 2006 and 2007.  Over the next couple of years, e-cigarette use and vaping gained popularity very rapidly, specifically among people who were searching for an alternative way to inhale smoke.

Why Do People Vape?

Ask vapours, and most likely they will have multiple reasons why they vape and how much they love it.

Vaping Is an Option That Is Less Toxic

Smoking is dangerous and every harmful to yourself as well as others.  There have been numerous studies that show that compared with traditional cigarette smoke, that a much better way of inhaling nicotine is provided by e-cigarette vapour.  It has enabled many smokers to reduce their smoke inhalation.  Vaping reduces second hand smoke inhalation as well, which makes it better for those around you as well as yourself.

It is basically impossible to escape from cigarette smoke odour.  Long after you put out your cigarette, its scent follows you.  It ends up creeping in your clothing, permeating your house, and giving you bad breath. Those same lingering qualities are not found in e-cigarette vapour and when its aroma can be smelled it is much less pungent than what is experienced with traditional cigarette smoke.  With vaping you also won’t smell like an ashtray.  It doesn’t happen with vaping.

Vaping Provides You with Variety

One great thing about vapes is that the devices are very customisable and there are numerous options in eliquids that you can use.  These range from many cigarette-style devices that have the feel and look of traditional cigarettes, to powerful vape models, so there is a vape style for every situation and user.   You also get to choose your own nicotine levels, e-liquid mediums, and favourite flavours.  Those choices all enable you to make your own custom vaping experience that ideal for you and your situation.

Finding the Best Vape For You

The best method for finding the right vape for you is simply to try them out.  However, since most people don’t have unlimited amounts of money, the next best strategy is to learn as much as you can and read online vape reviews before making a purchase. Reviews have been thoroughly researched by Vapour City from individuals who were in your shoes and who know how to help you make the right vaping decisions to create the best vaping experience for you.

5 Tips for Getting Your App Business Off the Ground

Office location: What it means for business

Prioritising Safety In The Office Made Simple

All That You Need For A Good Business