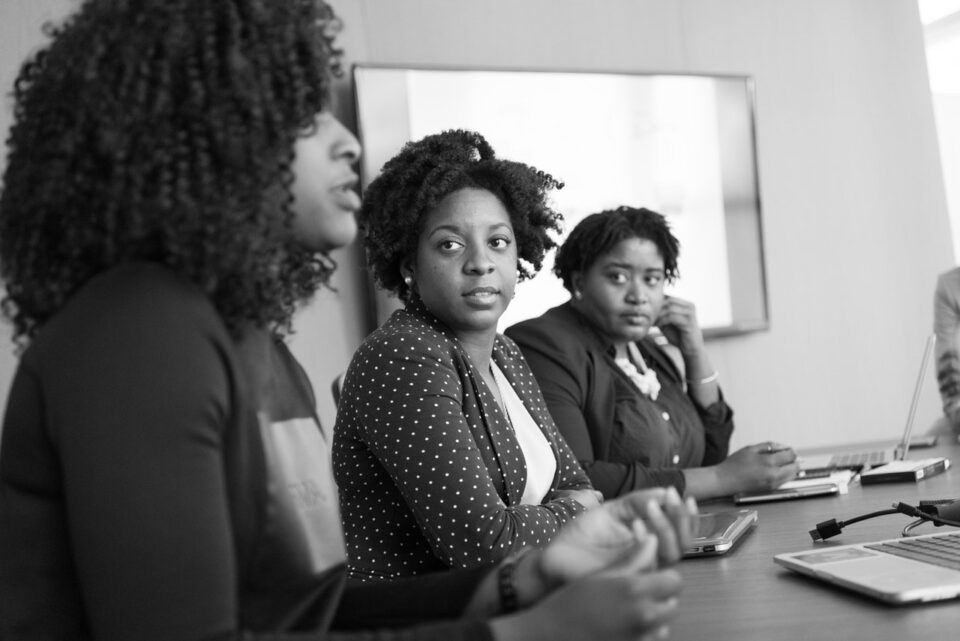 Women develop the foundations of their careers by using the bricks thrown at them along the way. Belonging to this sex isn’t the only barrier that holds them down from reaching new heights. Being a woman of color in a male-dominated corporate world is not only a challenge but a daring venture. They are less likely to be recruited, and if they’re lucky enough to make it into the workplace, they get least considered for promotions at the end of the year.

Even if you’re not a woman of color, having kids or not being straight can also get you into trouble. Women are often seen as weak, controversial, caring, and too calm to compete in the cut-throat business environment. That’s why women of color go way beyond their comfort zones to compete with men and gain leadership roles.

One might wonder that things tend to get more manageable when you’ve made it. However, that is not the case. Women of color are constantly subject to more and more hurdles as they make their way up the ladder. The higher you go, the greater the fall is. Continue reading to discover the obstacles faced by women leaders of color in a patriarchal corporate world.

Women of color are consistently subject to racism in a corporate setting. It’s not something that just took place over the past decade, but it got adopted from history. It’s been like this for as long as we can remember. Women are now enrolling in female leadership programs to overcome the barriers to female leadership. Women need to work extra hard to be in a spot that can be achieved conveniently, only if they were born white men.

In a workplace where they’ve spent years, women of color get forced to think like outsiders. Men can have beer pong in the office, go for smoking breaks, have lunch and dinner together. Still, women of color are hardly ever invited to come along. Moreover, constantly being ignored or left out makes women speak up less. Reduced engagement with coworkers and executive staff results in decreased chances of getting a raise or promotion.

There’s no denying it. More than half the women of color in a corporate setting have at some point become a target of sexist remarks. They’re unavoidable. Sexism is so casual in a workplace that it just goes unnoticed most of the time. The office clown could do a standup comedy session now and then, and half the jokes would be about women or women of color in the name of ‘harmless’ humor.

These unsolicited sexist comments could often be unintended or delivered unconsciously. Some common ones are: “Didn’t take you for a gamer,” sure, video games come with age restrictions but gender restrictions?! “Oh, I didn’t know women could do coding.” Are we living in the Flintstones era? “It’s great that your husband lets you work,” when did I ask for permission? It is just a small proportion of an entire pool of derogatory comments that white and black women face.

Women of color encounter countless incidents of sexual harassment as if dealing with the discrimination wasn’t already enough. They get treated as objects which will not respond or speak up. Upon reporting, they got once again faced with the same biases like delayed action or no action at all. These are all tactics to bring down women, and there’s no denying the fact that they work. Unpleasant instances at work lead to unproductive women, less likely to show up, and decreased motivation. In some cases, women may become depressed or anxious enough to quit the job for their mental peace. It renders an opportunity for more sexist remarks such as “Oh, I told you so, it’s a man’s world.”

Women of color have to work seven extra months to earn the same amount of money as white men in the same role. It implies that they got paid only 63% of the wages men make with the same work in the same period. Imagine being a black woman in a sexist and racist work environment. You’ll have to combat the fierce challenges of sexism and racism all at the same time. The Wage gap is one of those challenges.

It is a common assumption that women do not run the household. As a result, they are not given the same amount of money as men since they will spend it all on themselves. Sad to say, single moms and women who contribute evenly to the household are also subject to the wage gap. Wages, on the other hand, should be equal regardless of how the money gets spent. Everyone is working equally, therefore should be paid equally too.

There are few female role models in the corporate sector to look up to because they rarely got an opportunity. Venture investors rarely pay attention to a woman’s proposal because they expect it will be underworked. Or that if they give her a chance, she will leave due to her personal life or societal pressures. And if it’s a woman of color we’re talking about, she will probably not even be given a chance to present her pitch. Regrettably, this is how the business world works.

Can women have it all? By all, we’re referring to a perfect family and a perfect job. Rarely. As mentioned earlier, women of color must work thrice as ordinary white men to achieve the same goal. It rigorously affects how things are at home. At some point, women of color get forced to choose between their families and careers, and they end up selecting the obvious: family.

In a patriarchal society, women of color are working day and night not to earn the same privileges as men in the job but to earn the job in the first place. If they’re lucky enough to score the job, a mountain of challenges stands before them. For a white man, this would be a mountain of possibilities. It will take years and years of feminist movements to get rid of this misdemeanor finally.

All Good Brands Do These 10 Things

Modern facilities for a business

Making Your Mark as a Startup