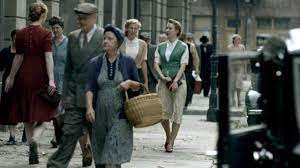 German movies have won more Best Foreign Language Oscars than any other country. Germany is best known for its “New Cinema,” a post-war period of experimental and avant-garde filmmaking that took influence from the French New Wave and spanned 20 years during the height of the Cold War. Modern German films made after 1980, and even more so after the turn of the new century, take a more realistic and contemporary look at German life.

Modern German movies do a lot of reckoning with the past and don’t shy away from the brutal truths of wartime. Not everything is doom and gloom, however. As much as modern German dramas look back, German comedies are rooted firmly in the present. Romance, mystery, and thrillers are also popular genres, but this article focuses on those dramas for which the critics go wild.

Many German movies are available for streaming in the United States through various platforms. For harder-to-find movies, you’ll have to get a German streaming service and a Germany proxy to access them.

Arguably the most famous German film of all time, Das Boot is the story of German U-Boats during WWII. It is a true German classic and is often taught in American intro to film classes alongside movies like Citizen Kane and Battleship Potemkin. Das Boot was an expensive movie to make because they created two full-scale submarine models for both interior and exterior shots. The actors were thus asked to act inside one of these replicas, which lent an authoritative realism to the completed movie.

Just one of the many Oscar-winners from Germany, Nirgendwo in Afrika is a beautifully-made film with stunning cinematography. It is set mainly in rural Kenya and follows a family of German Jewish refugees in their quest to find a home and peace on a farm in the years before WWII breaks out. It is a story of the relationships between the family and Kenyans and is authentically written in German, French, and Swahili.

Another Oscar-nominated movie, Der Untergang traces the last days of Adolf Hitler through the Battle of Berlin and his ultimate demise. Bruno Ganz, who plays Hitler, is widely praised for his frighteningly realistic portrayal. The film was purposely written to just focus on Hitler and those close to him so that German moviegoers could reconcile their history and sit with their trauma.

Probably one of the most famous German films, Das Leben der Anderen focuses on life under the Stasi, the East German secret police. Set in East Berlin in the 1980s, this movie is truly terrifying. It tells the story of a Stasi agent assigned to spy on a German playwright but begins to question what he is doing and why he is doing it. But the Stasi have eyes and ears everywhere and knowing whom to trust becomes increasingly complicated.

This thriller is a modernized version of a 1980’s American TV movie called The Wave. Inspired by the true story of California high school history teacher Ron Jones, who designed an experiment to teach his students about how fascism can grow and spread unchallenged. A powerful and horrific take on the pull of mass movements and group-think, Die Welle is startling in its relevance to contemporary life.

This film flips the Cold War narrative of an evil East Germany and a peaceful West Germany on its head. The evil here takes the form of a radical youth movement as it grows into a state-recognized terror organization. The movie offers insights into extreme leftist ideology and activism while also addressing the impact that ideology has on young people. As political violence rises all over the world, this movie is another one that remains startlingly and unfortunately relevant.

This choice is actually a TV mini-series similar in style to Band of Brothers or The Pacific. It follows five German friends through the war from 1941 to 1945 and deals with the morality of war and its impact on families. Critics are deeply divided over the series’ effectiveness; some feel it sparked good discussions, but others felt that it was too light in its handling of the most important issues.

Modern German dramas tend to focus on collective history and the ways it ripples out through society. Indeed, movies are a great way to process pain, grief, and trauma. Not every German movie packs a punch as these dramas do, but watching these films and learning from history is something we all must do.

The value of being updated

The Many Dilemmas Of Digital Marketing Success