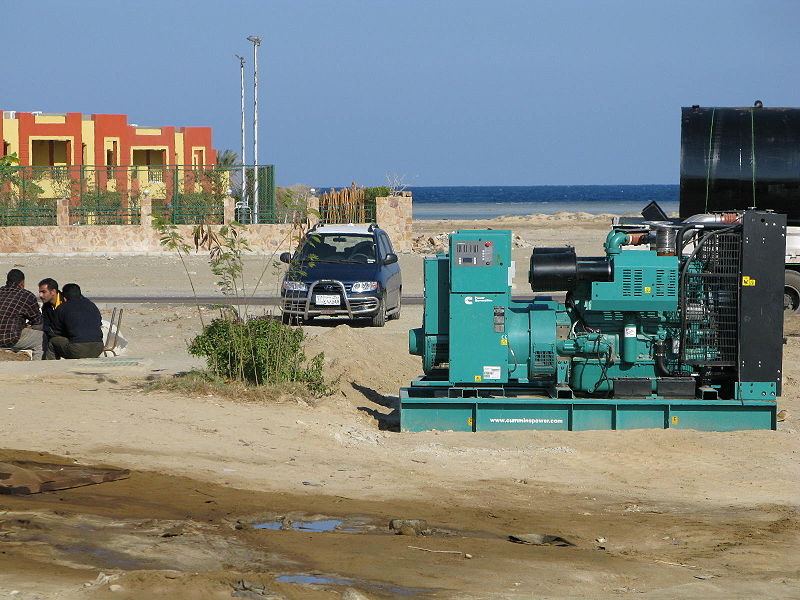 Home » The invention and primary uses of a diesel generator

One of the greatest leaps of advances in the development of human civilization was the discovery of electricity and ways to harness it. The world as we know it depends on electricity and we have discovered many ways to produce it.  The most commonly used appliance these days is a diesel generator. It is basically a combination of an electric generator and a diesel engine. Due to its comparatively simple design, cost, efficiency, and portability, diesel generators have been more successful than other electricity-generating appliances.

The credit for the invention of the diesel generator can not be given to one person alone. We recognize two people who should be given credit for its invention. They are Michael Faraday and Rudolph Diesel. We already know about Michael Faraday as the inventor of electricity which shaped the world to what it is today. He also invented the electric generator which was based around the concept of induction. Rudolph Diesel, on the other hand, was an engineer who later got to work on heat engines. In the midst of his career, he started working on assembling an engine that was powered by diesel. He was soon able to achieve about 75% efficiency out of his engine which was a major breakthrough.

The diesel generators that we have today are based on pretty much the same concept but are much more efficient and deliver more electricity than their predecessors.

Many people have a static caravan home or a campervan that they use for family holiday. This type of holiday has exploded with increased popularity of stay vacations, especially in the UK. Having a reliable source of energy is an important factor to any campervan holiday. If you are in camping ground you can hook up the mains supply for extra power to run larger appliance that include washing machines and microwaves. A leisure battery is another option, but these can be easily drained. Solar power can be another source, but a fail safe would be having your own small portable caravan generator. The demand for quiet caravan generators has increased, and many brands now offer near silent generators that can be used outdoor, without disturbing your neighbours.

Hospitals need electricity round the clock. They can not afford a power cut to hamper any medical procedure. They need all the important healthcare units to be working. Any emergency situation would need electricity in some way or another. Hospitals have Diesel generators on standby for any such power cut. These generators are heavy-duty and can take on a lot of power-load. Their connections are made in such a way that whenever there is a power cut the generators kick in immediately without any delay.

The entertainment industry probably uses diesel generators the most. Stats show that 87% of the film industry uses huge portable generators at different locations to power up their sets and to keep all the equipment going. Also they stand-by accommodations of the crew and staff are powered by these generators at all times of the day. They can not afford to do any of their work without electricity and that’s why almost every news station, a film set or talk show set invests in a reliable diesel generator.

Mining activities require a stable source of electricity for their heavy-duty machinery. Their high powered drills, vacuum machines, conveyor belts and so on need a reliable power source. The experts at https://krugerpower.com.au/diesel-generators.html explain that diesel generators are the primary choice because, besides the high efficiency, they are heavy and sturdy enough to be used in rugged mining activities. Using diesel generators are also safer than gasoline ones as diesel is much less flammable than gasoline.

Since the I.T. sector is based around computers and heavy servers it is essential for the facilities to have a power backup option. If the electricity goes then most of the work comes to a standstill. Most of these places have a diesel generator for backup power in case of power cuts.

The army uses diesel generators in a lot of places. The makeshift camps and covert operations always require a reliable and portable power source to power their camps. The army’s research centers and military equipment need to be properly powered up at all times.

A lot of construction sites don’t have a connection for electricity for a lot of the initial stage. The sites are required to have a diesel generator to power up their machinery. Even later on some of the major construction activities cant afford to have a power cut midway so they make sure they always have a generator ready for such times.

Diesel generators can be seen across almost every industrial platform as a backup or a main power supply. Their efficiency and reliability have made them stay in much demand for a lot of years.

A Guide to Your First Digital Marketing Campaign

How Effectively Can Companies Communicate With Their Online Clients?

The Secrets To Better Business Relationships