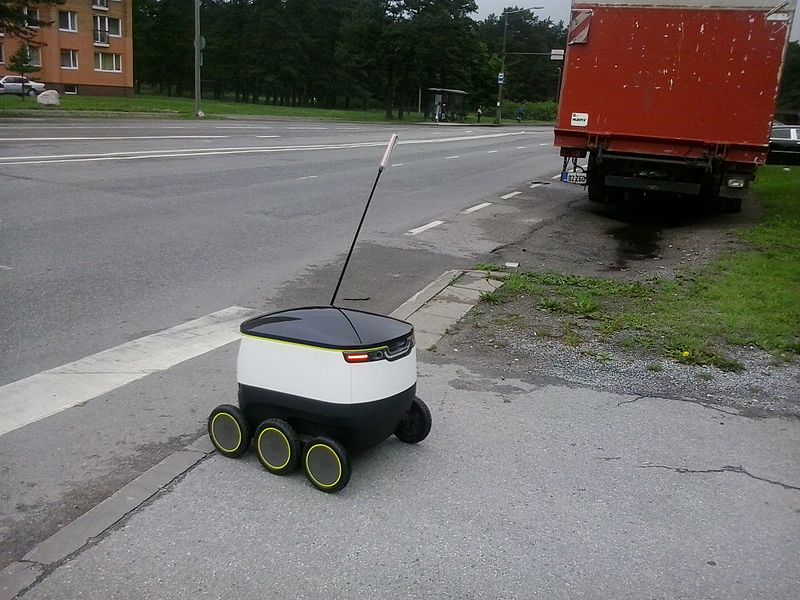 Putting your business on autopilot might sound like a pipe dream. But thanks to new technologies, you don’t have to spend hours sifting through paperwork or doing the accounts. Many of these rote, boring tasks can now be done by machines, allowing you to get on with the rest of your business.

It’s all to do with the fact that we’re at the dawn of a new machine age, according to Erik Brynjolfsson and Andrew McAfee from MIT. They say that we’re at the beginning of a new industrial revolution, something they call the machine age. Machines have advanced to the point where they’re now about to do an increasing number of cognitive tasks that humans used to perform, giving businesses the potential to essentially do many of the tasks necessary for business for free. Whereas in the past, machines could only do the things that they were programmed to do, modern computers are able to learn like people and can now carry out of wide range of cognitive tasks which academics previously thought would be impossible.

McAfee says that these new technologies will have a profound impact on business, especially when it comes to who companies employ. No longer will they need teams of administrators or even sophisticated technicians: all they’ll need are intelligent algorithms doing the brute force calculations for them. Businesses will still employ people, he says. But they won’t be doing what people are doing today. Instead of doing accounting work, for instance, (something that AP software is already very good at), they’ll be doing creative tasks, like coming up with new products or they’ll be negotiating with other businesses, something machines haven’t got the hang of yet.

The message of the two MIT economists is clear: we’re at the beginning of a new era, just like industrialists were at the start of a new era in the 1890s, at the dawn of electricity. Entrepreneurs and businesses who can take advantage of this trend will be the ones who succeed. Those who don’t act now will inevitably fail and become irrelevant.

It turns out that “acting now” is key. People have this idea that much of the upcoming “second machine age” lies deep in the future. It’s something that they only have to worry about in the 2040s. But the truth is that a lot of these technologies are already here. Take the robot delivery vehicles for instance. Just last year a company unveiled a delivery robot which navigates itself along streets and around pedestrians. According to Professor Noel Sharkey from Sheffield University, robots delivering your packages isn’t something that’s five or ten years away: it’s coming to our streets en masse next year. Thus, if you’re in the logistics business in any capacity, you’ve got to be on top of this emerging technology.

The mobile robots aren’t the only tech that companies need to brace themselves for. They also need to think about how they’re going to train their employees when new tech makes many of those trainable skills obsolete. Is there really any point in training on NoSQL when smart algorithms are already working out what model to apply to a set of data? Probably not.

Given that your competitors are likely going to automate their systems, it makes sense to start automating yours now. More than anything, you want to retain your cost advantage over your competitors so that your product can be the lowest price, have the highest margins and be the best quality.

So how do you put your business on autopilot?

Build A Culture That Embraces Automation

When Uber started automating the taxi office, nobody in the taxi business was happy. Despite the fact that the fares were cheaper, Uber had found a way to bypass the global taxi monopoly and license system which has plagued the taxi business and driven down quality for years. All of a sudden, people had choices they had never had before.

Uber is a good example of how automation can make workers unhappy. If you’re introducing new systems to automate work away, some employees will worry that they’re going to lose their jobs. It’s important, therefore, to try to get them on board with your plans. The first thing to point out that is that the automation you are installing in your business is going to automate “tasks,” not jobs. In other words, it’s going to make their work easier by automating some of the more mundane things that they have to do every day while allowing the workers more time to get on with the rest of the things that they have to do.

Point out that high-performance workers are often the very people who automate the most. After all, they’re only high performance because of how many tasks they already pass over to machines. As a boss, you’re just automating other tasks so that all your employees can be star performers.

It’s also a good idea, as a boss, to point to companies that have increased their employment, thanks to cost savings only made possible by time-saving machines. The media loves to report scare stories, like Foxconn plants in China replacing thousands of workers with robots: but in most cases, robots augment human labor, making it more valuable. Get them to look at what’s happened in Germany where many companies are employing more robots and more people simultaneously.

Focus On One Business Function At A Time

Managing the transition to automation is never easy. It involves always looking for new ways to save time and labor in your organization. This is why so many experts recommend focusing on one aspect of your business at a time. For instance, smart companies try to do away with paper first. No only is it expensive, it also takes up a lot of time and space in the office, leading to a cluttered, disorganized office environment. There are all sorts of ways to get rid of paper, including electronic invoicing and payments. If you do have to use receipts, get an accounting program that allows you to automatically upload images of the receipts using image recognition technology, saving you the hassle of having to manually enter the information yourself.

Once you’ve scored a win with one type of automation and your employees have seen the benefits, you’ll be able to include more types of automation more easily. Often your employees will ask you to automate certain processes, especially those that they don’t like, like stock take. In this way, you can turn automation to your advantage.

Just like any other investment you make in your business, you should track it’s ROI and history. Getting the numbers down on a piece of paper allows you to see just how valuable your investments were and encourages you to make new investments in the future. By documenting your success, you’re adding motivation to make further changes to your business in the future. Automation usually has exceptionally high ROI, especially if you are automating cognitive tasks with software (which just so happens to be where the majority of automation is taking place right now).

In every industry, there are automation leaders: people who got in early and leveraged technology to its full effect. Take a leaf out of these companies’ book and look for ways to improve your own processes. 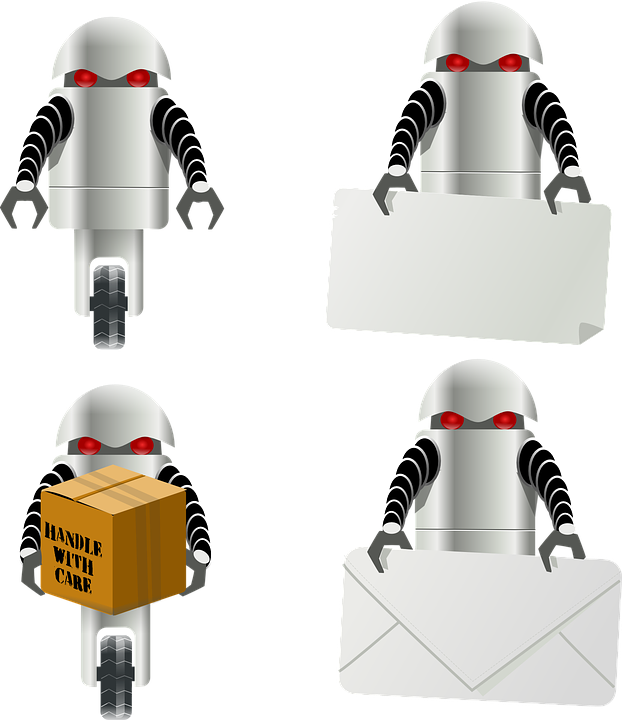 Leaders in any industry are often those who are able to successfully look into the future and predict what is likely to happen in their industry. Even if it’s two or three years away, they’re often on top of a new technology today. Just look at the success that companies that use big data have had by getting involved early in that technology. It’s astonishing. These businesses know what it means to start off small and then grow big. 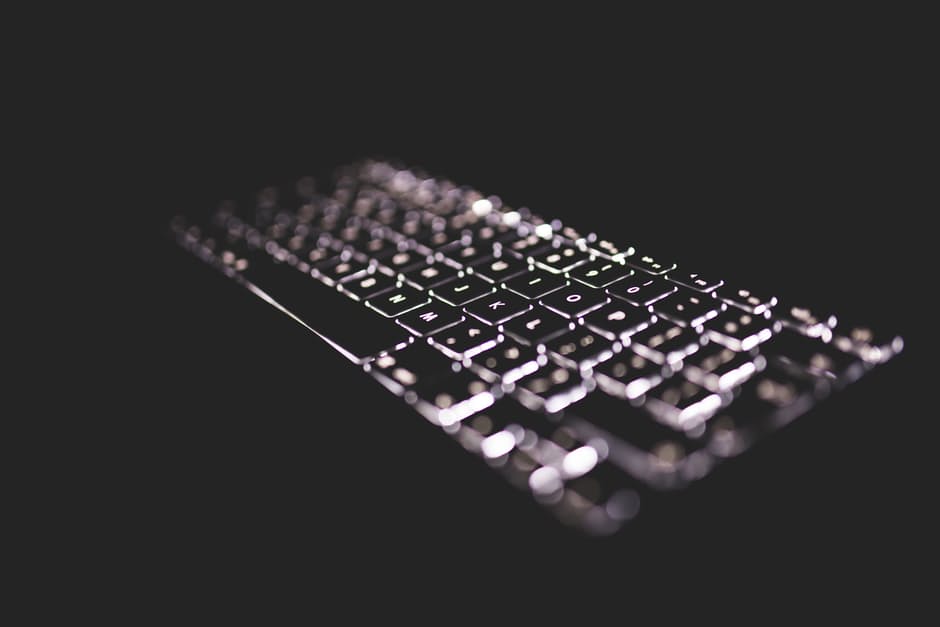 Nobody expects a business to implement new automation technologies in-house. And entrepreneurs who think that can do it themselves aren’t fooling anybody. Instead, look for a technology partner to help you implement automation in a way that is customized to your business processes. Also, look for a partner that will be able to scale with you as you grow and continue to be able to meet your needs. The vendor should have the same vision for your company as you do and understand how the economics of your industry works. In other words, they should have a good idea of the cost you already face for a particular process and be able to offer you a solution that works out cheaper.

“Automation bureaus” sound like something out of Soviet Russia, but the idea behind them is to provide your businesses with the internal expertise it needs once it gets to a certain size. It turns out that it’s just very convenient to have at least two people in your organization who understand how your new autonomous systems actually work. They can then pair with other people in your business with a moderate degree of expertise to make sure that the processes are being properly implemented.

Investing in America: a Wise Choice?

Flip-Flop: 3 Mistakes People Make When Trying to Flip a House

3 Essential Steps To Take Before You Launch Your New Product