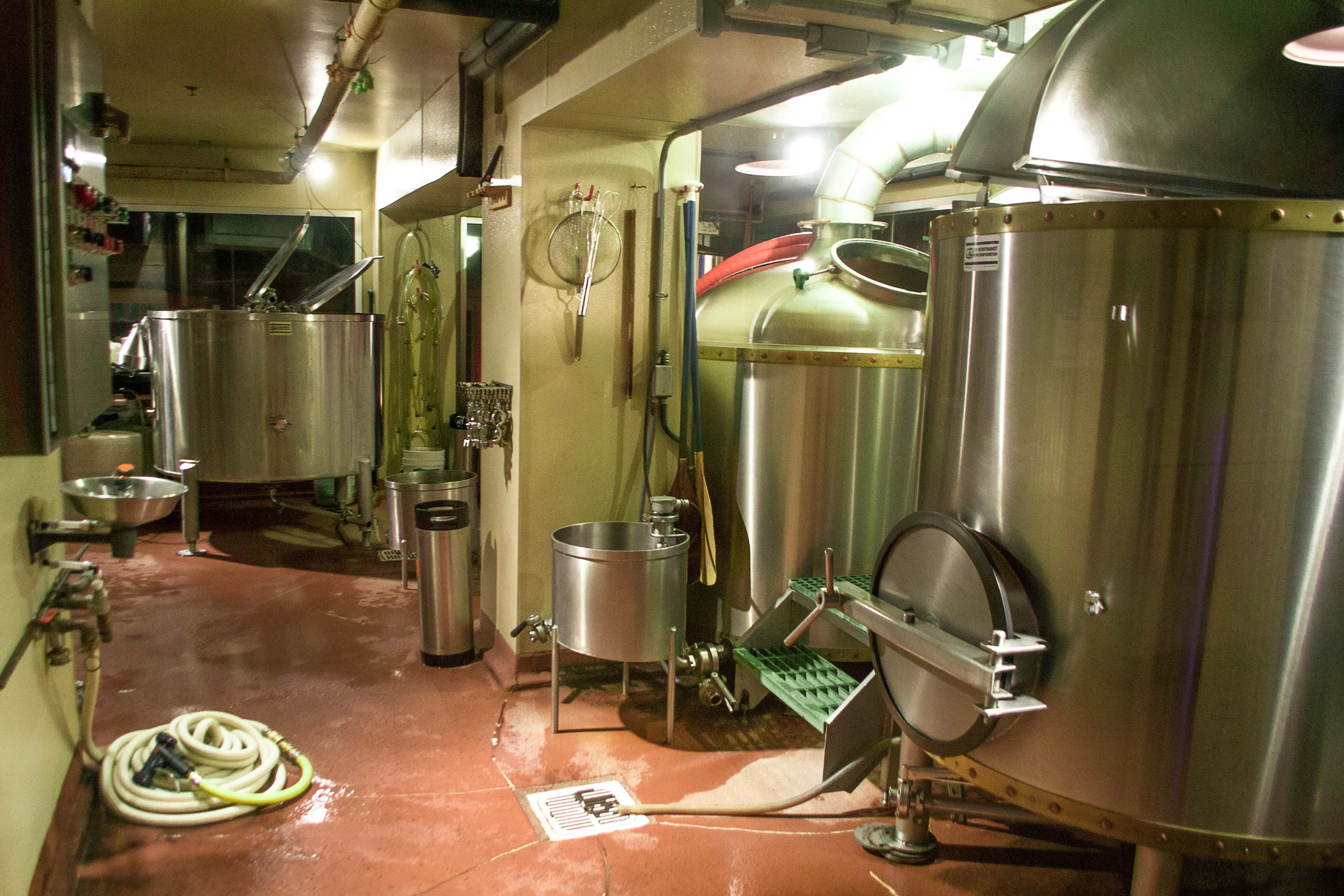 Home » How Easy is it to Start Up Your Own Craft Brewery Business?

Craft brewery has never been bigger than it is right now. Of course, the big beer companies still dominate the marketplace, but there is plenty of space for small independent brewers. And that means that there could be space for you to start your own craft brewery business. It’s something that many beer-lovers have decided to do in recent years. But, of course, you will need much more than a love of beer to run a strong and profitable business.

Don’t let the dominance of big breweries put you off the idea of starting your own business either. In fact, many people who know the industry well say that big brewers can actually be helpful for smaller ones. As long as the huge global beer companies keep spending so many millions on advertising, beer will be popular. They advertise and market beer on a scale that would be impossible and unimaginable for small craft brewery businesses. If you are interested in starting up one of your own, here’s what you will need to give some thought to. It might be easier than you think.

Right now, the craft beer market is still growing strongly. Over the past decade, craft beer has become popular in a way that it never was before. A couple of decades ago, craft beer was a fringe interest that most people knew nothing about. But now craft breweries can be found in every city. Some are very small, and others have grown into large operations. The fact that the market is still growing and customers are still buying means that there are plenty of opportunities for new businesses. This is something that someone like you can take advantage of, as long as the right steps are taken.

Knowledge and Understand Must Come First

You can’t become a beer brewer unless if you have the knowledge to make it happen. No business in this industry can succeed unless it’s run by people who understand what they’re doing. You should get some experience of working for another brewing company before starting your own. This will allow you to learn how to use the relevant equipment and create beer that’s safe and tasty. Without having the right knowledge and understanding of how the process works, the business will not succeed. It’s also a good idea to hire people to work alongside you who have plenty of experience in the industry. You can then rely on their skills and expertise as well.

You need a large industrial production space if you are going to be producing and bottling a lot of beer. It’s not the kind of operation that can be carried out in a small space. Many people renovate old factories or warehouses and turn them into their business’s main premises. It’s a good solution to the problem, so it should definitely be considered. When you do purchase a premises, make a list of what you will need and how big it will have to be first. Many craft brewing companies start out as home operations to begin with, so a premises is not needed at first. But if the business begins to grow, that kind of arrangement won’t be sustainable.

There are some essential pieces of equipment if you are going to make beer. It’s not something that can be done without the right equipment. So, what is the essential equipment that you should have in place? For a start, you will need a hot liquor tank, copper fermenters, filters, pumps and a mash tun. Apeks Supercritical CO2 Extraction Systems are also very useful during the hop oil extraction process. You can buy new or used equipment. But it’s probably more sensible to focused on used equipment when the business is still small. You can unnecessarily waste a lot of money by purchasing brand new items. Look for cheap deals, but always test items before handing over your money.

For your beer to appeal to drinkers, it’s going to have to have something that makes it stand out. Most small craft brewing companies have one signature beer that they rely on more than any others. This has to have a taste that can’t be found anywhere else. Some companies achieve this by adding different flavours and ingredients to the beer they produce. If this can be done, then the beer will have its own unique identity. For example, there are some beer companies that use honey in their beer. Adding a small amount of a certain ingredient to all of your beers will give it a unique taste. But it’s important to carry out taste tests and trials first.

It shouldn’t surprise you to find out that running a craft brewery business means having to deal with rules and regulations. You’re dealing with rules and regulations day because you are brewing alcoholic drinks. There are duties and taxes that you have to pay when you are selling this kind of product. Licenses and permits will need to be found before you start brewing and selling as a business too. There are trade organisations, such as the Society of Independent Brewers that can help you when you’re starting up. But make sure that you have read all the regulations around producing and selling alcohol before you get underway.

One of the great things about making beer is that there are so few basic ingredients involved in the process. In fact, there are only four. Of course, this doesn’t mean that extra ingredients can’t be added to change the taste of a particular beer. As I’ve already mentioned, it’s essential to find ways to make your beer stand out from the crowd. But the four basic ingredients of beer are water, hops, malted barley and yeast. Different combinations of these ingredients can also create different tastes. The quality of the ingredients used will also have an impact on how your beer tastes, so make sure you get the best. Search for suppliers that can offer you this. 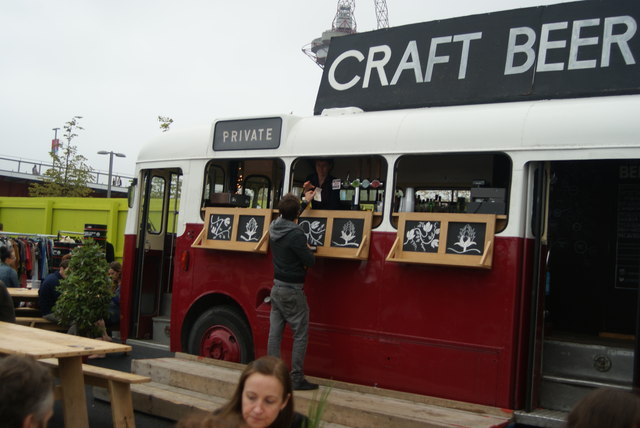 Marketing can be one of the most challenging aspects of selling beer today. Above, I mentioned that the big beer companies do a lot of the hard work for you by keeping beer relevant. But that doesn’t help you when it comes to selling your beer in particular. It’s important to have some kind of marketing budget that can be used to publicise your beer. Some small craft beer companies choose to focus on things like beer festivals and events where beer-lovers can be targeted. This is wiser than trying to challenge the bigger companies that can spend huge amounts on TV and online advertising. It’s important to be realistic with your marketing aims.

There are so many different ways in which you can sell craft beer to people these days. For example, many companies survive mainly by selling their beer to bars, pubs and restaurants. This can be a good way to secure regular contracts and regular payments. You should be careful to only work with businesses that pay you on time though. Many small brewers get exploited by bars and restaurants that pay late or not at all. So, what are the other ways in which you can sell your beer? Well, craft beers can be picked up in supermarkets very easily these days. If you can get your product into shops, it will help a lot. It’s also a good idea to sell directly to customers online.

There will be plenty of competition in the market. As I mentioned above, the craft beer market has never been more buoyant than it is at the moment. This is a good thing for your business, but it also means that you need to stand out. If there are lots of other businesses offering the same thing as you, then it’s only natural that your business has to differentiate itself. If it fails to do this, then there will be another, hungrier business that comes along to take advantage of your shortcomings. That’s the way the market works when there are lots of companies competing for the same companies. 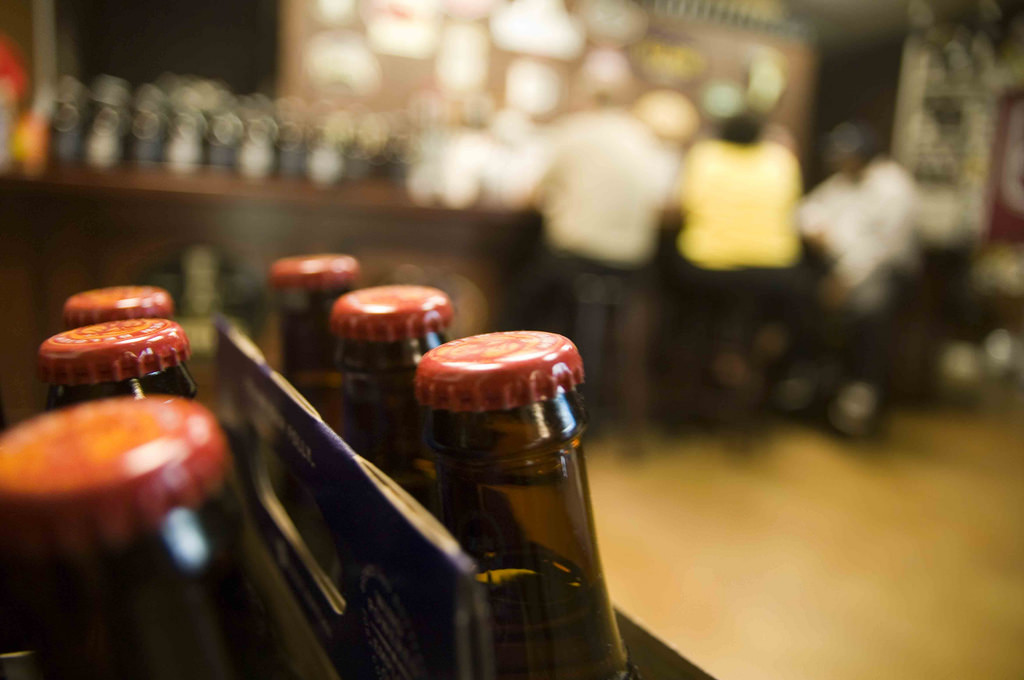 Avoiding the Temptation to Sell Out

Many small breweries start to make compromises when they grow bigger and bigger. This might seem like a good idea at the time, but it’s not necessarily the way to secure long-term success. If you get rid of the unique or unusual things that made your beer stand out in the first place, then why would people keep buying? Even if it means spending more on production, it could be worth it in financial terms if it keeps people coming back and buying more. There’s also an issue of integrity here. You don’t want to betray the original idealism that made you want to start a craft brewery business to begin with. Selling out or compromising can be tempting, but it’s a temptation to avoid.