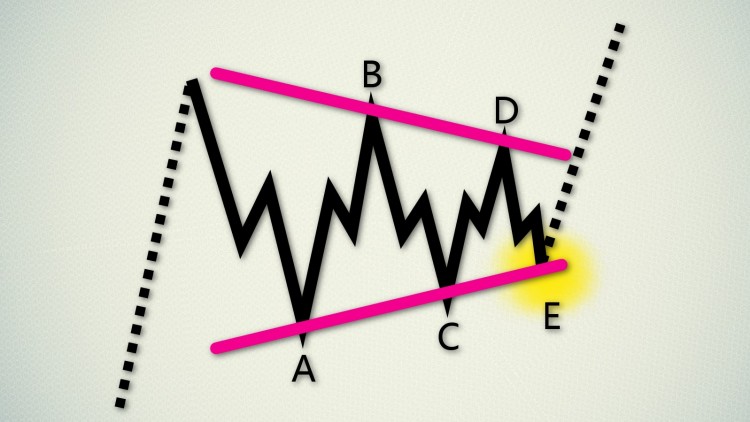 The concept of Elliott Wave was created by R.N. Elliot.  The wave concept is based on the emotion of market participants which generates a natural ebb and flow what forms waves. The theory is based on how emotion handles fear and greed when markets move. Elliot described price changes and sentiment changes that are reflected in the capital markets. He described five basic wave sequences and three corrective sequences.

The conventions used in the labeling of waves describes the size of the uptrend along with the length and depth of the wave.  Upper case numbers identify large degrees of waves in an uptrend. An uptrend will begin with the largest and most pronounced degree of wave which is known as the Grand Super cycle.

The impulse wave in an upward trend has 5-waves that incorporate the trend. These impulse waves are labeled with capital roman numerals from 1 to 5.  Corrective waves are designated by letters. The complete Elliot wave sequence is 5-waves up and 3-waves down. According to Elliot the complete sequence of the waves is separated into 5-waves up which is the impulsive wave, and 3-waves down which is the corrective wave.

There are only a few main rules that govern the Elliot wave principal, and a number of guidelines.  While the rules are hard and fast, the guidelines are left up to the trader’s interpretation. The rules only apply to the impulse waves and not the corrective waves. Rule number one is that you cannot experience a low on wave 2 that is less than wave one.  The second rule is that the longest wave, number 3, cannot be the shortest of the uptrend impulsive waves.  Lastly, wave number 4, cannot retrace all of wave three and touch wave 1.

There are several guidelines that you can follow to help you determine the different counts of the Elliot waves. The first is that wave number 3 is the longest of the upward moving waves.  Waves 2 and 4 are generally not the same structure.  For example, if one corrects sharply the other will be more consolidative.

In closing, you can use Elliot Wave to objectively evaluate the general trends of the market. You can use Elliot wave to determine what is forex. By eliminating false wave, you will be able to target specific areas of a trend and improve levels to initiate a trade or take profit.

Those Who Excel At Communication Excel In Business

Implementing a Bring Your Own Device Policy in a Startup Environment

The Main Causes Of Slips & Trips In The Workplace