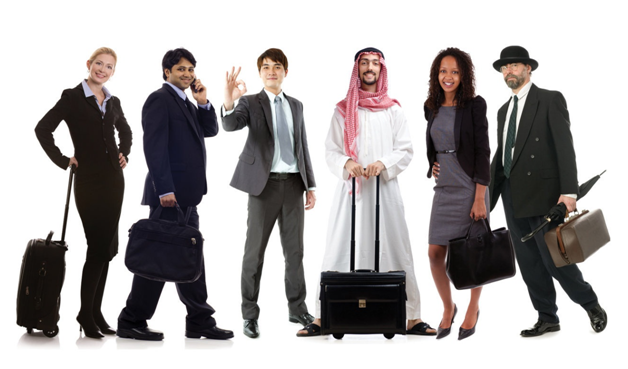 The purpose of every business trip is to get that deal done and get it done your way, but hey, did you stop and think why at your last business trip in Korea you were almost instantly not liked by your clients, is it a cultural bias or is it something you did?

My guess is – the latter. We, unintentionally send wrong messages to people by doing something as silly as blinking too much. In a world where first impressions and likeability can make a world of difference, you don’t wanna mess up by being ignorant about their culture – we are often so focused on telling our own business stories that we don’t pay attention to how we are doing it. Besides, this can be an advantage in the sense that doing your homework about your client’s culture can show that you respect them, and their feelings. A great way to build trust.

When we were meeting Italian customers for the first time, we thankfully did some research and found out that being super well dressed is important in Italy, and anything otherwise is considered to be a sign of disrespect. We were otherwise all set to attend those meeting in our usual startup-ish attire. The meetings did go well – all our customers had worn suits, and so did we.

Here is an example that will be difficult to forget:

An American oil rig supervisor in Indonesia shouted at an employee to take a boat to shore. Since there’s a no-one-berates-an-Indonesian-in-public norm, a mob of outraged workers chased the supervisor with axes. (source)

So, the next time you are off to a business trip, use your flying hours to research about the place, the culture, and the clients.

Here are a few tips and examples to get you started.:

Business travel will surely include going out to dinners and lunches with clients and business partners. Unfortunately for us, table manners and dinner culture vary from country to country and sometimes state to state.

Body languages and hand gestures are an inherent part of our daily communication and speech style, and while speaking, your hands move of their own accord, right? Well, you might wanna work on that while you are on a business trip.

Here are some tips:

Here is a little bit more about gestures to avoid.

Dressing is very important in business meetings; not only do you want to look great but you also want to respect the local culture while presenting yourself. This would be a great way show respect to the people you are meeting. It’s not that your clients or partners will examine your dress, and what colours you wear, but due to cultural beliefs, some feelings are triggered subconsciously. For example, in China, white colour is associated with death. This is why it is important to take care of such seemingly small details.

Here are some pointers to keep in mind:

Hugs, pats on the back for a job well done, eye contact, less physical space between people can be considered friendly, or inappropriate, depending on the place.

Given that there are many cultures and cultures of cultures, these are just a few tips in the sea. You possibly can’t get everything right, but, like I said in the beginning, putting effort to show respect is good enough for most people.

Cultural mistakes don’t just apply to business executives but to organizations as a whole. Companies have made mistakes (some very funny mistakes) in the past that cost them a lot. In Italy, a campaign for Schweppes Tonic Water translated to Schweppes ‘Toilet’ Water (source) and you can imagine the repercussions.

So you see, paying attention to the culture is paramount, if you don’t want to embarrass yourself or others.

The Choices Any Medical Practice Needs To Survive As A Business

Why You Should Focus on Improving Your Customer Service

Business Growth Tips: How to Become the Best Manufacturing Supplier

Why Business Owners Love GPS In Their Company Vehicles

From Freelancers To Corporations: The Software Every Business Needs